Immunity to different classes of microorganisms is orchestrated by separate lineages of effector T helper (TH)-cells, which differentiate from naive CD4+ precursor cells in response to cues provided by antigen presenting cells (APC) and include T helper type 1 (Th1) and Th2. Th1 cells are characterized by the transcription factor T-bet and signal transducer and activator of transcription (STAT) 4, and the production of IFN-gamma. These cells stimulate strong cell-mediated immune responses, particularly against intracellular pathogens. On the other hand, transcription factors like GATA-3 and STAT6 drive the generation of Th2 cells that produce IL-4, IL-5 and IL-13 and are necessary for inducing the humoral response to combat parasitic helminths (type 2 immunity) and isotype switching to IgG1 and IgE. The balance between Th1/Th2 subsets determines the susceptibility to disease states, where the improper development of Th2 cells can lead to allergy, while an overactive Th1 response can lead to autoimmunity. 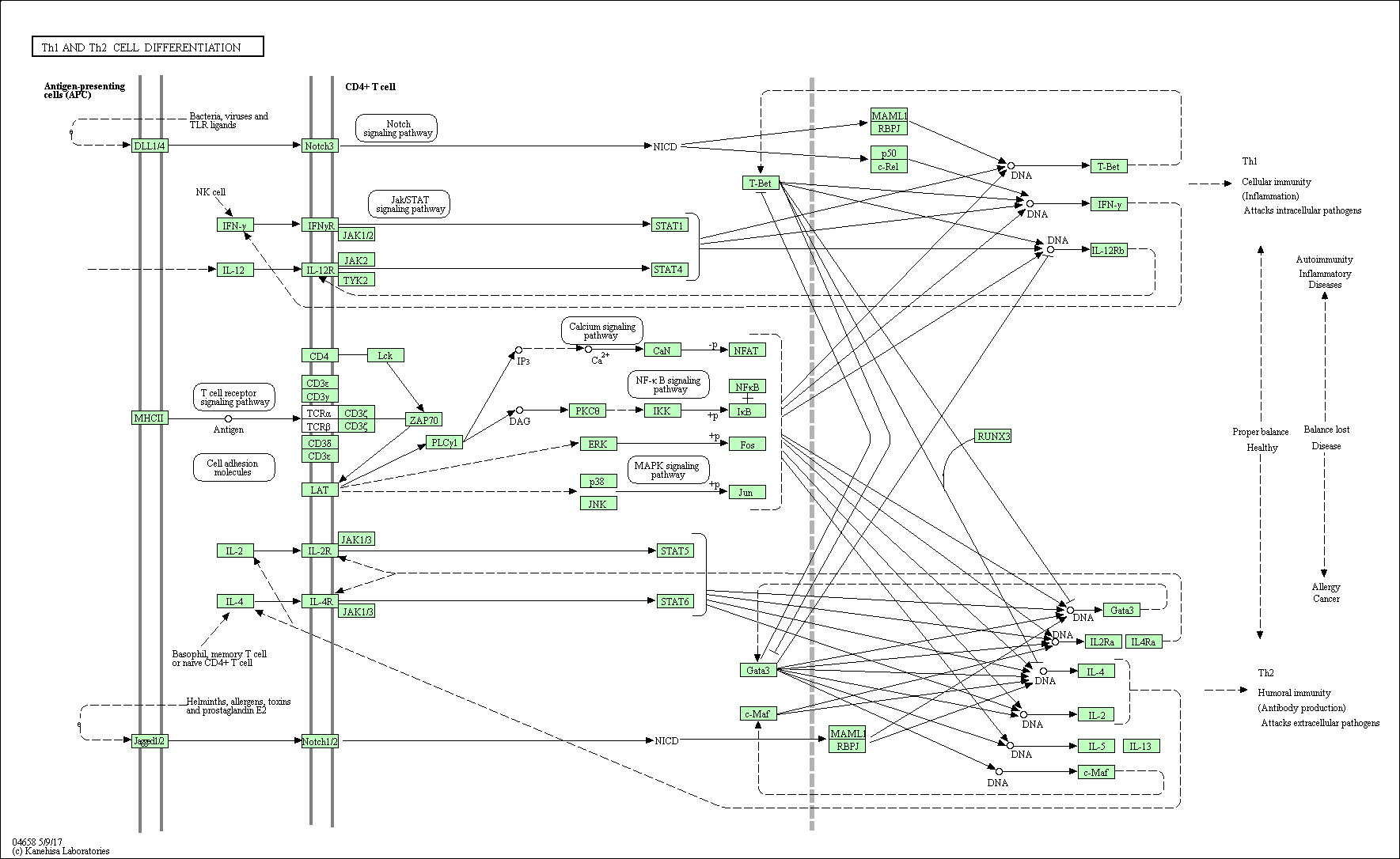