Hypoxia-inducible factor 1 (HIF-1) is a transcription factor that functions as a master regulator of oxygen homeostasis. It consists of two subunits: an inducibly-expressed HIF-1alpha subunit and a constitutively-expressed HIF-1beta subunit. Under normoxia, HIF-1 alpha undergoes hydroxylation at specific prolyl residues which leads to an immediate ubiquitination and subsequent proteasomal degradation of the subunit. In contrast, under hypoxia, HIF-1 alpha subunit becomes stable and interacts with coactivators such as p300/CBP to modulate its transcriptional activity. Eventually, HIF-1 acts as a master regulator of numerous hypoxia-inducible genes under hypoxic conditions. The target genes of HIF-1 encode proteins that increase O2 delivery and mediate adaptive responses to O2 deprivation. Despite its name, HIF-1 is induced not only in response to reduced oxygen availability but also by other stimulants, such as nitric oxide, or various growth factors. 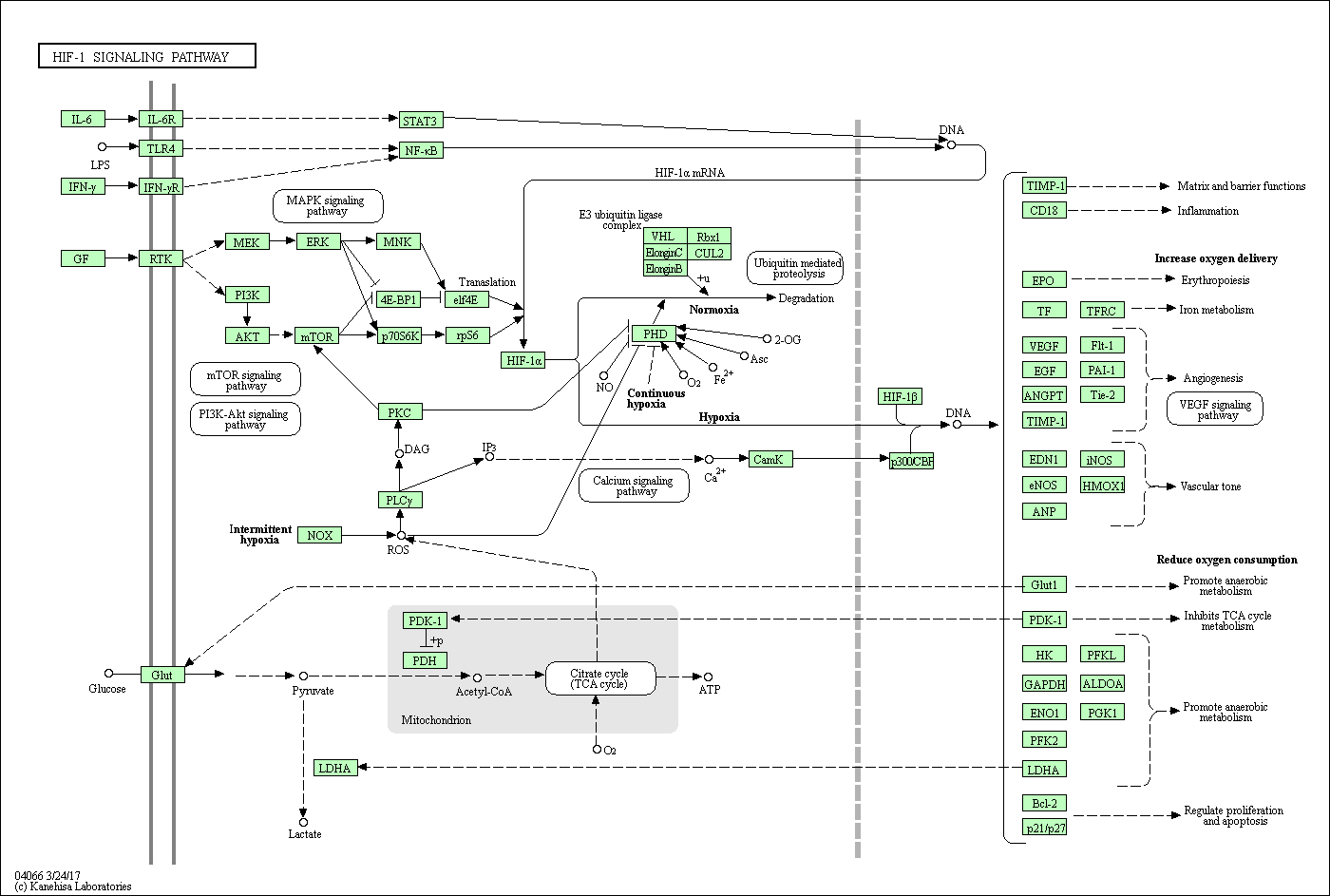