Sphingomyelin (SM) and its metabolic products are now known to have second messenger functions in a variety of cellular signaling pathways. Particularly, the sphingolipid metabolites, ceramide (Cer) and sphingosine-1-phosphate (S1P), have emerged as a new class of potent bioactive molecules. Ceramide can be generated de novo or by hydrolysis of membrane sphingomyelin by sphingomyelinase (SMase). Ceramide is subsequently metabolized by ceramidase to generate sphingosine (Sph) which in turn produces S1P through phosphorylation by sphingosine kinases 1 and 2 (SphK1, 2). Both ceramide and S1P regulate cellular responses to stress, with generally opposing effects. S1P functions as a growth and survival factor, acting as a ligand for a family of G protein-coupled receptors, whereas ceramide activates intrinsic and extrinsic apoptotic pathways through receptor-independent mechanisms. 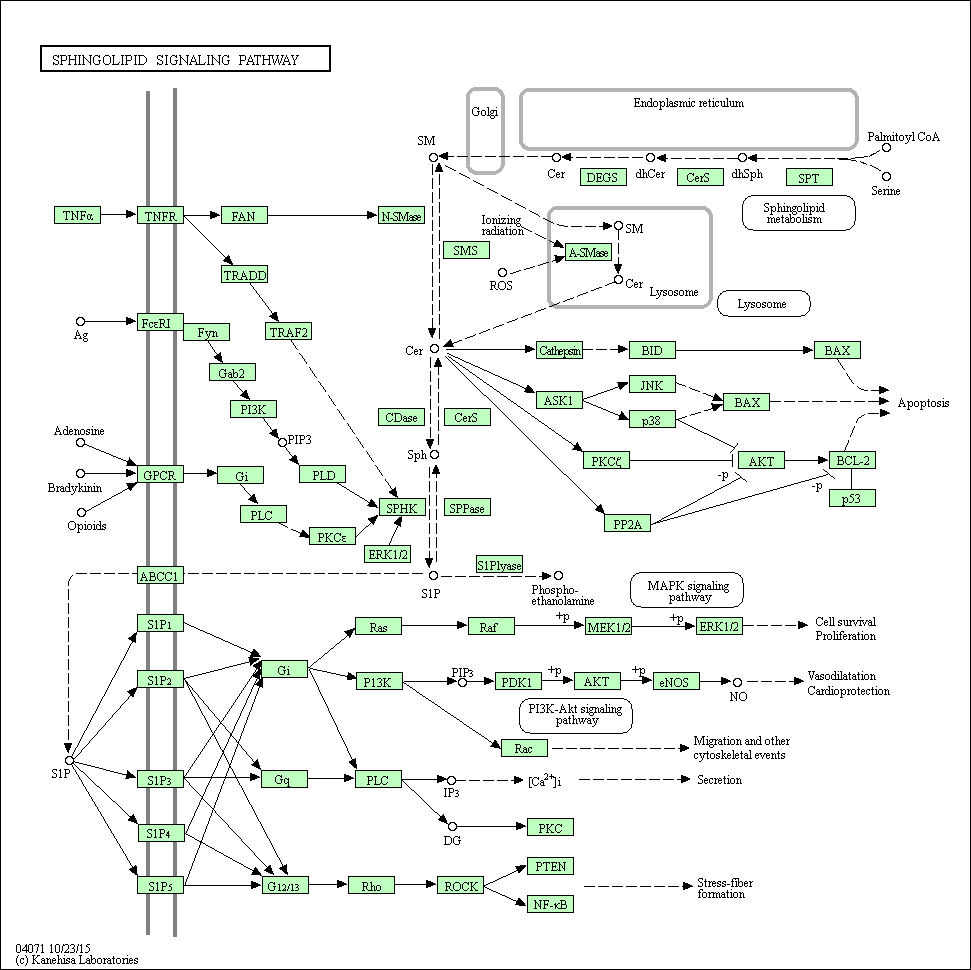